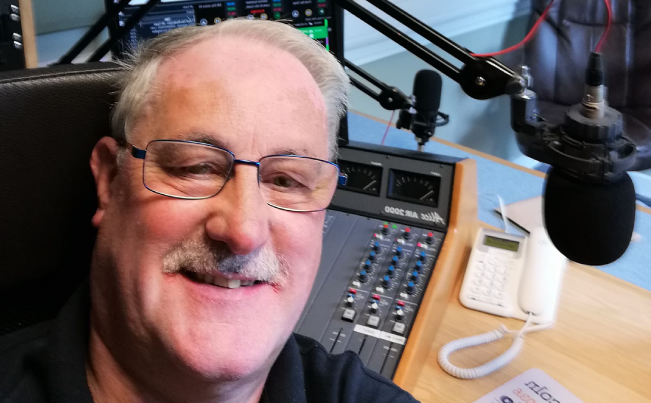 Born in Exeter, Devon in 1958 Alan was brought up on a farm in a village called Farringdon ne Exetre by his parents Betty and Edward along with his brother Kevin.

Growing up sport always played a big part in Alan's life, football, cricket and tennis being the three he at least tried to master.

However music always had a early influence on alan and indeed one of his earliest memories is listening to radio caroline, pirate radio and radio 1 on a treasured transistor radio he got one christmas. Later in life that would come back into his life. Every Saturday on the way to football with his dad alan would go into Woolworths to check out the singles and albums on offer.

As with most people his musical tastes were inbeded in his teenage years at Sdmouth Community Collage, the 70's had a rich mix of music and this suited him down to the ground. Everything from Elton to ABba and Pink Floyed to Genesis. Influences however were and always have been rock based guitar based bands.

On leaving school the royal air force came calling and in 1977 he joined up as a telegraphist, training at swinderby and cosford and then serving both at home and in germany before finishing up at RAf Digby where he and now wife sue decided to make their home with their daughter sarah. The sporting theme also continued in the RAF playing cricket, golf, tennis and rugby for the station. It was at this point that music took a turn in the form of live gigs which has been a passion ever since.

Currently living in potterhanworth alan is now a fully fledged yellow belly and it was one saturday afternoon a few weeks after arriving in lincoln that alan went to sincil bank whilst sue was shoe shopping to watch the imps and the rest as they say is history. It was in 1997 that as a favour alan offered to do the matchday pa for a few games until they found sombody perminant, 865 games later they still hav’nt found anybody!

Alan now works part time for the club as the supporter liaison officer and this has given him many happy memories including announcing the teams pitchside on a giant jumbotron in front of 30,000 imps fans, a day he says he will never forget.

Working part time has allowed alan to pursue one of his bucket list items, radio presenting. Having done a number of radio and tv gigs for the football club it seemed only logical to have a go at this radio presenting so next stop was lincoln city radio and after some appearances and training he went solo and hasn’t looked back since.

"Being a radio presenter is a dream for a music lover like me, I can play and talk about the music that I love as well as chatting away to the good folks of lincoln who welcomed me all those years ago, I guess it's a chance to have a good time and give something back to the community."